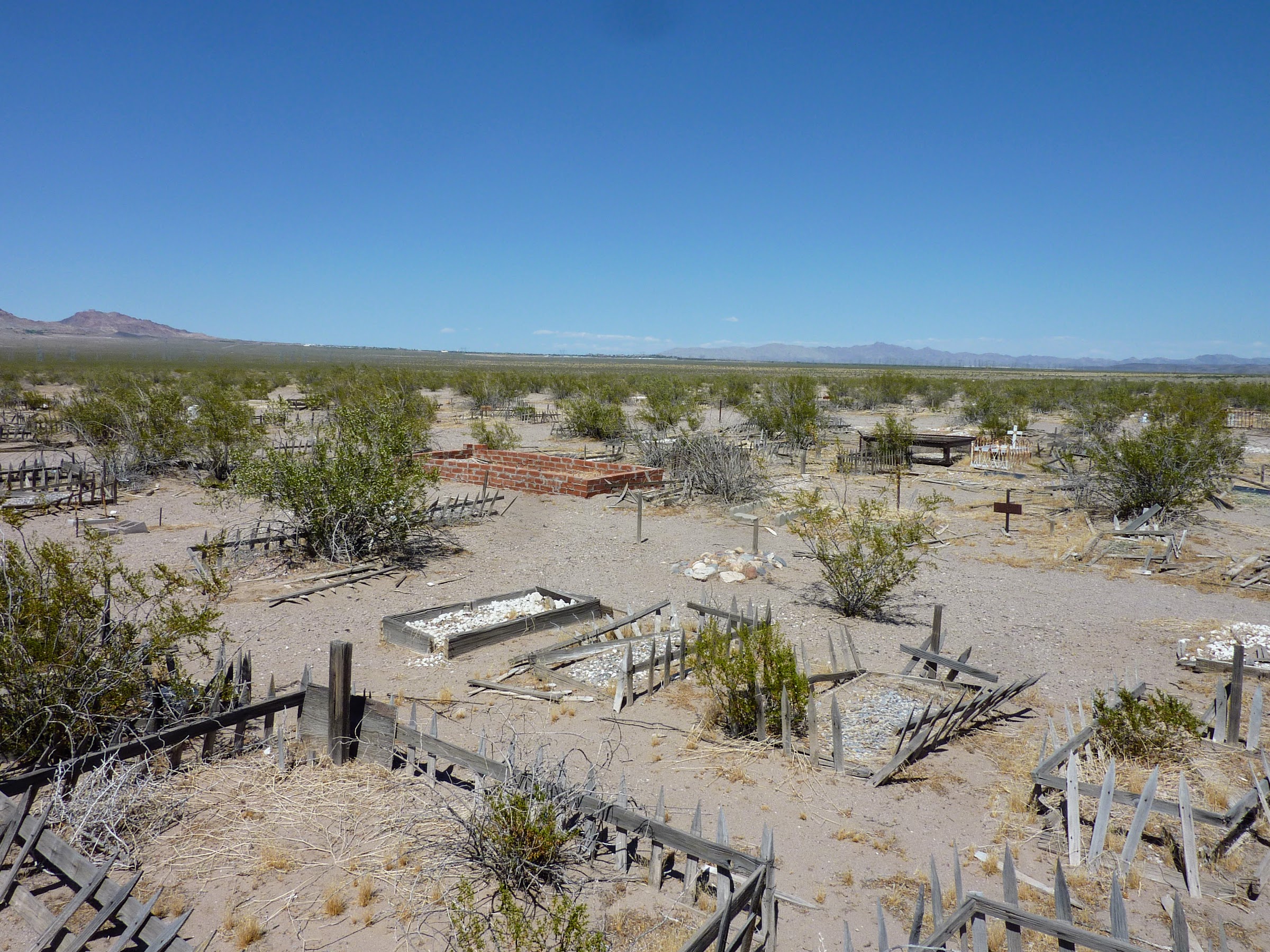 It’s rumored that people started burying their pets in this surprisingly expansive area of the Nevada desert as early as the 1930s. Others indicate the burials began with a man named Emory Lockette in the late 1950s. Lockette was looking to make a little money and did so by offering plots of land in the desert.1 Over the following decades, dozens–if not hundreds–of families came to build memorials to their dogs and cats at the Boulder City Pet Cemetery.2 Marwood Doud is another name floated as a "founder" of sorts for the cemetery.3

Some memorials are very simple crosses with a name written in pen while others are more complex, involving fences, decorations, and professionally chiseled headstones. The cemetery is on what was originally federal land (and now owned by Boulder City) and it was never legal to bury any remains there, yet folks did anyway. And the remains are undisturbed to this day.

At one point in time, there was an effort to lobby the federal government to legitimize the cemetery, but the project never came to fruition. When Boulder city purchased the Eldorado Valley in 1995, roughly 85,000 acres were designated as Desert Tortoise Habitat. The ordinance that was adopted prohibits many activities, including the internment of remains.4

It’s unclear why citizens started burying their animals in the desert (I don’t believe for a second the idea that offers the unlikely possibility it’s a mafia dumping ground). I suspect it grew out of a simple need: folks needed to bury their pets, had no where to do it, and wanted to find a location that would remain undisturbed.

While there is an element of eeriness about this rogue pet cemetery (I swear I heard the sound of a leash jingling during my first visit), I found myself moved by the tributes to clearly beloved family members.

Why does this web site exist?

If people cared enough to ensure that their pets found a safe burial location and were willing to make such elaborate memorials for them, their efforts should be memorialized online (like Find-a-Grave, but for one pet cemetery in the Nevada desert5). If one of your pets is buried in the cemetery, please be in touch and share their story! I'd like to ensure it's included on the site.

1 Dennis McBride, director of Nevada State Museum as quoted in Despite warning signs, Boulder City pet owners still bury their furry friends at old cemetery on Fox 5 KVVU in Las Vegas, Nov 1, 2019.
2 This is not an official name. The cemetery is also referred to as “El Dorado Pet Cemetery," “Searchlight Road Pet Cemetery,” or the "Marwood Doud Pet Cemetery."
3 Investigations into the Unknown and Weird, May 11, 2015.
4 Brok Armantrout, Director of Community Development for Boulder City via Facebook (referenced by bouldercity.com)
5 It should be noted that the cemetery actually does exist on Find-a-Grave, albeit in a limited capacity!